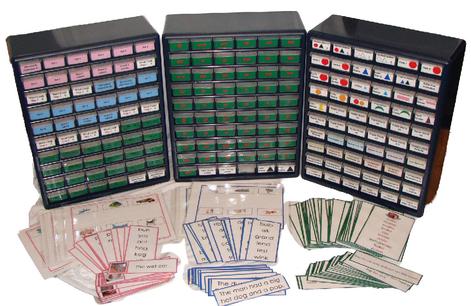 Question from a customer: I'm a stay at home mom to my only child. I'm still learning about Montessori, but I'm thrilled with how much my son has already learned. I think he's ready for the moveable alphabet and I know I should purchase a large wooden one, but it's so expensive! I'm having a hard time justifying spending that much money on 1 piece of equipment. Am I making a big mistake by not buying it?

Answer:  The wooden Montessori Moveable Alphabet gives the children the greatest sensorial experience possible; they feel the shape of the letter in their hands, they connect it to the sound they make, and they can manipulate each sound as they construct the words. As well, the moveable alphabet allows for a child to move sounds around as they are trying to 'write' the words - which isn't possible on paper unless you erase letters over and over again. Having said all that, you don't have to abandon the whole concept of the moveable alphabet simply because you can't afford it. We've added a tutorial on How To Make A Montessori Moveable Alphabet. Or, you can purchase a printable one from the Moveable Alphabet Section in our online Store.

The Pink Blue Green Language Series is a 3 stage process that prepares and guides the child towards fluent reading. There are no great tricks to be taught, just the process of decoding words. We’ve made it simple by breaking down each of the 3 stages into smaller digestible lessons. This allows the child time within each stage to absorb the new concepts, put them to use in the lessons, practice with extension work, be successful, and gain confidence. Once a stage is mastered, the child can move on to the next stage.

We designed our Pink Blue Green Language Series to fit in to a neat storage system that allows easy access, and a way for the children to know what work comes next in each stage.

The Pink Series is the beginning stage. It consists of 3 letter phonetic words (CVC - consonant, vowel, consonant). All of the vowels in this stage are short vowels: "a" as in cat, "e" as in net, "i" as in pin, "o" as in mop, and "u" as in sun. The letter "y" is not included in this stage.

The Blue Series is the next stage. It is a continuation of the Pink Series in that it still includes only phonetic words with short vowels. However, the words in the Blue Series are 4+ letters in length. So the child is building upon the basic decoding skills they learned in the Pink Series and learning to put more sounds together for longer words. This skill can take longer to acquire as some phonetic words can be 6 to 8 letters in length. But working with this series will help them forge ahead in their ability to begin reading books with better content.

The Green Series is the final stage. This stage is rather large as it includes phonograms, blends, digraphs, hard, soft, and silent letters. It's in this stage that the child acquires the 'keys' to reading fluency by learning the sounds that the various letter combinations make. top of page

Phonetic Series Step 1, 2, 3 includes the same materials as the Pink Blue Green Language Series - but the materials are not color-coded. Step 1, 2, 3 works well for those teachers/parents who wish to make their own color-coding system (you can back the cards on colored cardstock before laminating), or for those who don't wish to use a color-coded system at all.